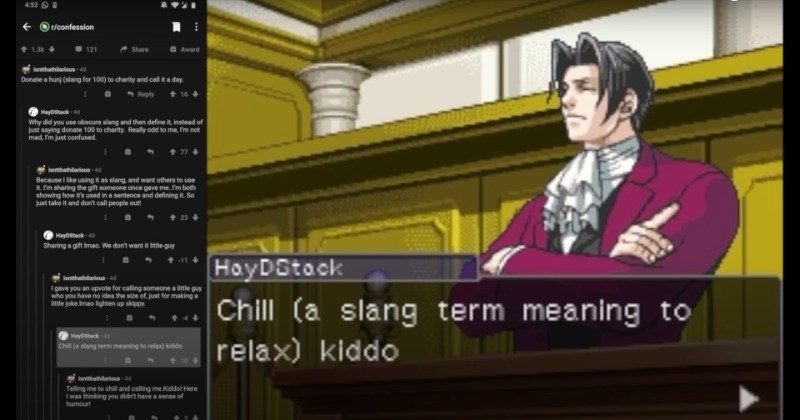 Anyone who spends way too much time lurking Reddit has either found themselves in the middle of a battle of wits with a complete stranger, or has watched from the sidelines as terminally-online redditors go off in the comments. It’s easy to get caught up in the minutiae of trivial internet drama, but the moment you take a step back, it’s pretty easy to see how absurd it all is.

YouTuber micah came up with the brilliant idea of creating a bot that takes the two most common redditors in one comment chain and assigns them to Phoenix and Edgeworth from adventure video game ‘Ace Attorney.’ Now any petty Reddit argument can become an epic court drama from the cult classic. Micah, we can’t thank you enough for this gem.