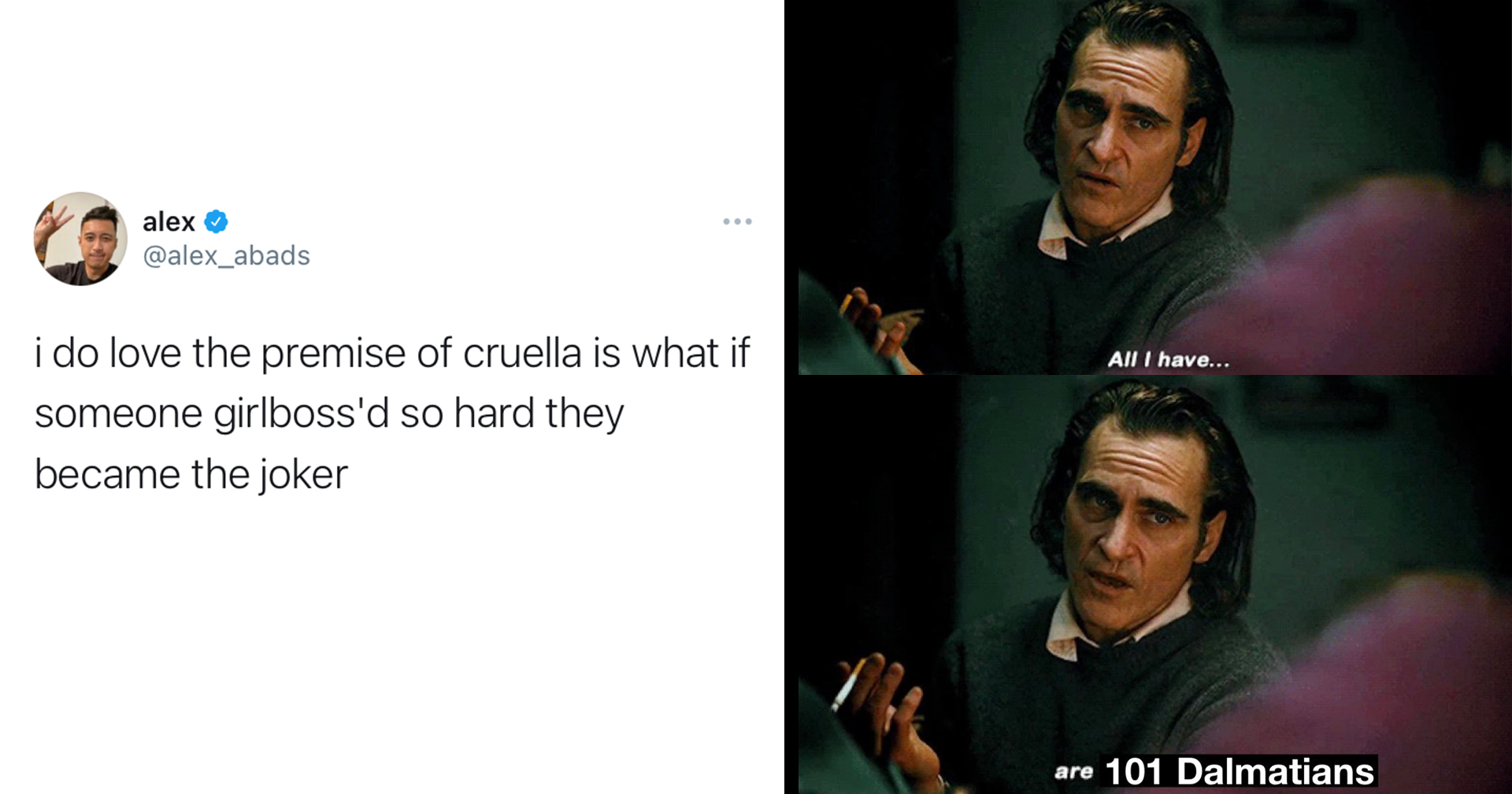 Everyone’s favorite sinister fashionista is back in the live-action form of Emma Stone as Cruella De Vil. This isn’t the first time Disney has turned one of its classic evil villains into a feature-length origin story. In 2014, Disney portrayed Maleficent‘s wicked fairy queen of the moors as a tragic figure rather than the ‘Mistress of All Evil’ we remember her as in Sleeping Beauty (1959). For many, the humanizing depiction of Maleficent was refreshing—especially after decades of tired character tropes from Disney giving us the same old formula: the evil witch, the meek young princess, and her dashing man-savior. But in light of the new Cruella trailer, it seems like the same enthusiasm isn’t being extended to this particular villain. I mean, the character literally kills puppies—do we even want to know that origin story?

One common pre-emptive criticism of Cruella is that the trailer hints at a ‘jokerfied’ character arc. It’s hard to imagine young Cruella as an Arthur Fleck—a distinctly anti-social man who grew up in poverty—but hey! Anything can happen in fiction, baby. Others have compared Emma Stone’s Cruella to Harley Quinn, which makes some sense when weighing their basic aesthetic similarities, but otherwise they don’t have a whole lot in common as characters. Harley Quinn broke into Gotham Zoo to free the hyenas, whereas Cruella De Vil probably wouldn’t set foot in a zoo unless it was to shop for a new coat. Does Cruella fit the Joker archetype of outcast scorned by ‘society,’ or is she just a dog-hating psycho? I guess we’ll find out when the movie is released this May. For now, we’ve collected some pretty amusing reactions to the new trailer.