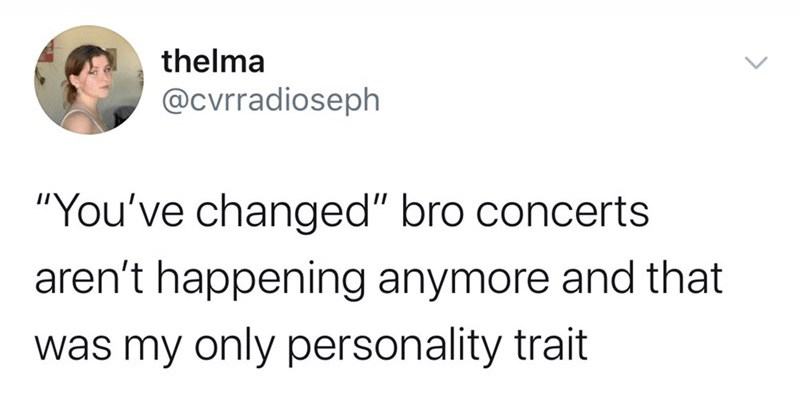 Are we the only people who think the last five months have felt like a year? Between the pandemic and everything else going on in the world, it feels as though we’ve experienced years of stress, growth, and depressionin a relatively short time. While we can’t say we’ve become smarter, there’s definitely been some beneficial change, like reassessing priorities and spending less time on people and activities that don’t matter. This seems to be reflected on social media. Earlier this week people on Twitter started sharing the causes of their own changes, sparking a meme on the networking site.

The tweets are conversational, imagining a person telling the author that they’ve changed. The rest of the tweet is the author’s response. Some of the tweets are both raw and earnest, with causes ranging from mental illnessto the pandemic. Others take a more irreverent approach (I shit my pants.) It’s not the most interesting meme this week, but it’s taken the site by storm. And we’re happy to see some people are changing for the better.