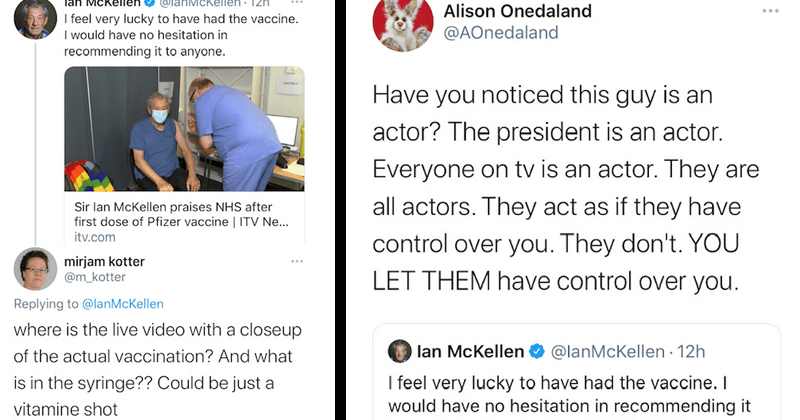 Conspiracy-loves and anti-vaxxers have really been making themselves heard as the world struggles to contain the deadly Covid-19 epidemic. While many people are celebrating the release of Pfizer’s vaccine, conspiracy theorists are growing increasingly loud in response to any mention of the drug. Sir Ian McKellen received the vaccine early today, explaining that “Anyone who has lived as long as I have is alive because they have had previous vaccinations.” The actor shared his excitement and recommendation on Twitter, and while many fans congratulated the 81 year-old, the trolls were just as eager to attack the endorsement. The truthers, who apparently don’t believe in science, accused McKellen of everything from lying to sucking the teat of Bill Gates. We’ve included some of their cringey commentary below – maybe some of you will join the fight and help put them in their place. Our beloved Gandalf deserves better.