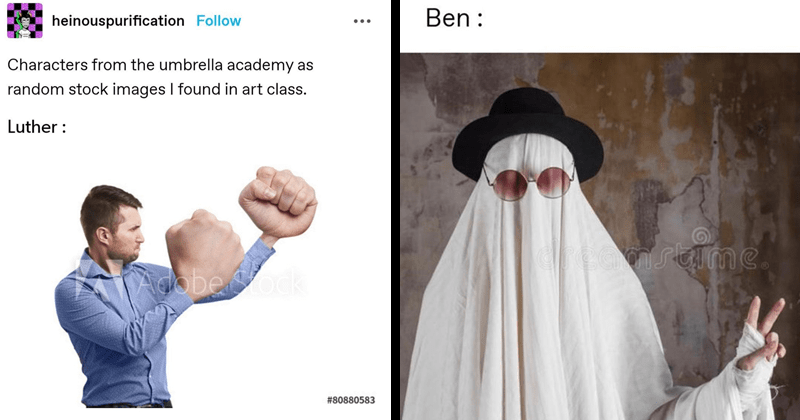 Neflix’s The Umbrella Academy, now on its second season, has inspired quite a few excellent memes. The show, which is inspired by the comic book series of the same name, features an awesome cast (Ellen Page!) and has been garnering excellent reviews for both its seasons. The warm reception extends to avid tv-watchers, who are putting their own spin on the show by creating memes such as ‘Vanya and Five Drive By Each Other.’ But the fund doesn’t stop with image macros. Tumblr user heinouspurification (whom we can no longer seem to track down) pleasantly surprised us today with an entertaining post. Its purpose? To cast the UA cast as weird stock photos. And oh, it does not disappoint.