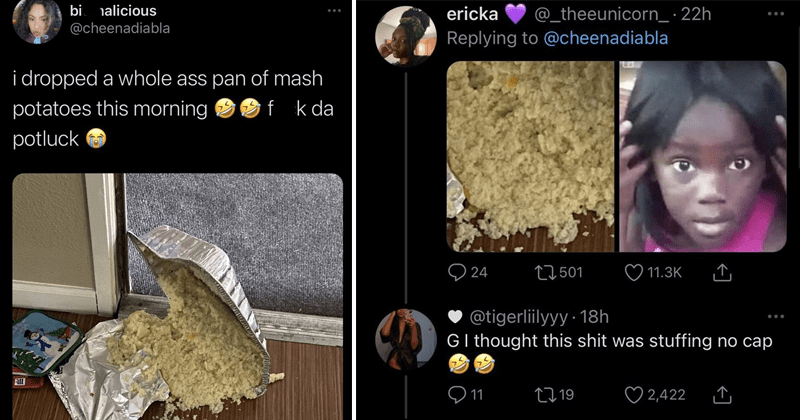 Sometimes bad things happen for a reason. On Wednesday, this was definitely the case. Twitter user @cheenadiabla shared a photo of a tray of mashed potatoes she had dropped on the floor. The dish had been intended for a potluck, but she quickly said “f*ck it.” While she was probably expecting sympathy from her followers, they instead delivered a whole lot of scathing reviews of her admittedly terrible looking mashed potatoes. While she took it in stride, admitting it was her first time preparing the dish, some of the roasts are downright mean – and downright hilarious.