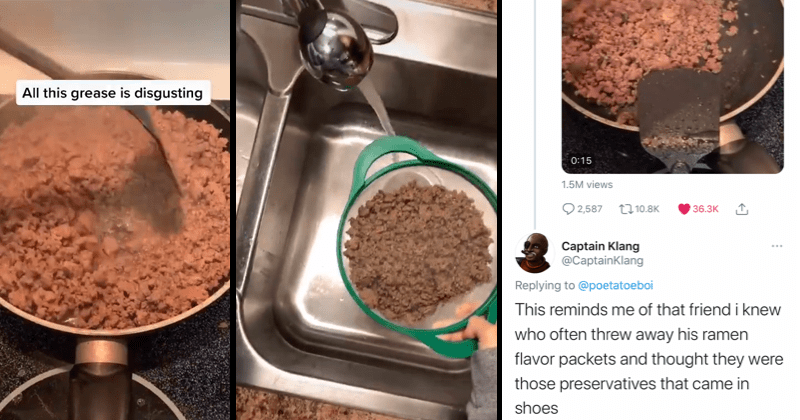 We realize that it’s important to eat healthy, but some people really take cutting calories too far. Twitter user @poetatoboi shared a TikTok from one such person yesterday, and it’s garnering some very unsavory reactions. The video comes from @eemilydharperr, who is apparently willing to sacrifice flavor for less fat. In the cursed clip she shares a “hot tip” that she learned in a nutrition class years ago. After showing all the meat juice and grease in her pan of cooked and crumbly ground beef, she pours the meat and liquid into a strainer…and then proceeds to rinse it with water.

The video has caused quite a stir on Twitter, from people who know how important flavor is as well as folks who are horrified by the havoc that grease wreaks upon pipes. The double dose of cringe has resulted in some very funny and hard to argue with twitter reactions. And we’re here to share them with you.