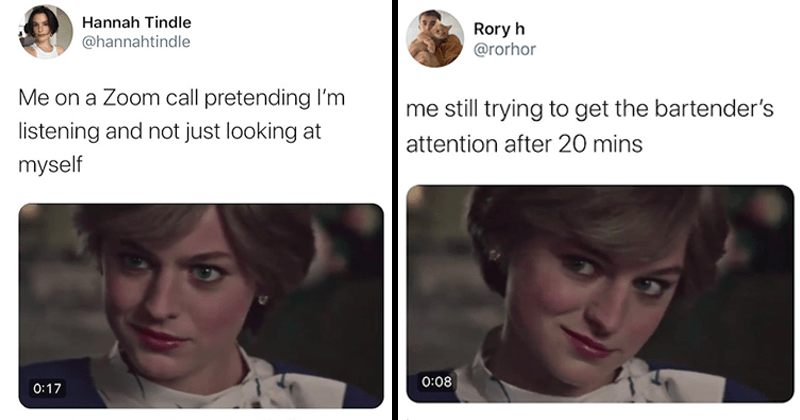 Netflix’s The Crown premiered its highly anticipated fourth season on Sunday, and fans have been gushing over both Olivia Colman’s performance as Queen Elizabeth II, and the introduction of Princess Diana (bravely played by Emma Corrin).  But the biggest “win” of all has probably been the intensely relatable (and self-deprecating) memes that are being made from a clip of Corrin’s Diana going a little too out of her way to look polite and interested. The silly look is being used to describe common situations (think Zoom calls or ordering food at a restaurant) as well as some more specific formative LGBT moments. Whatever the topic, these are easily the best Twitter memes we’ve seen in a long time – and a happy break from the politics. Happy scrolling.