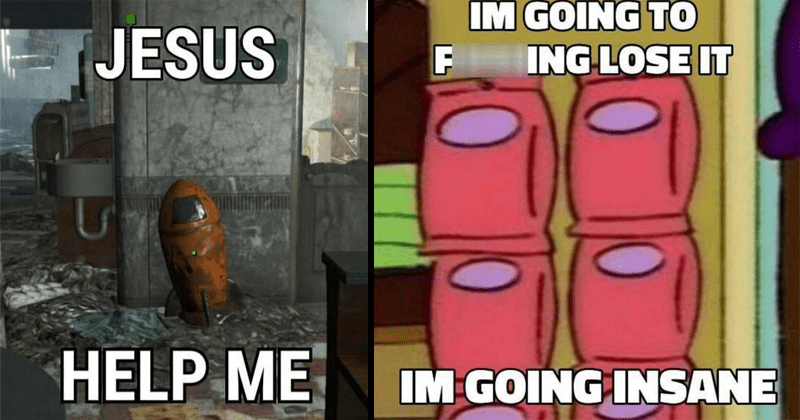 While murder mystery game Among Us was released in 2018, it took over a year for it to explode in popularity. After the game’s initial success  (which was largely thanks to Twitch streamers), it saw a second wave of popularity in early 2020. This resurgence quickly led to the Among US becoming a pastime of choice for many bored gamers stuck in quarantine due to the Covid-19 pandemic. The game’s versatility – which allows you to play with a group of friends, or with strangers – was attractive to people who wanted to have fun with loved ones on the internet, or just engage in some healthy competition with internet randoms.

Though the game’s ubiquity inspired a crap load of memes in 2020, it’s also made it so that people see its crewmate characters in unlikely places. This phenomenon, which is referred to by memers as “Amogus,” has taken on a Loss-like meme life of its own. Amogus memes can be everyday objects photoshopped to look like one of the space station workers, or unedited doppelgangers found in the wilds of the internet or, you know, real life. The meme is especially active on Twitter, where users will share images that make them think of the game along with some iteration of the following caption: “Don’t think it don’t say it don’t think it don’t say it.” The premise may seem stupid to people who have yet to try their hand at the game, but for everyone else, it’s definitely got a “cannot unsee” vibe. Before you know it, your poisoned mind will be seeing the colorful space-suited crewmates everywhere, even in your own home. We’ve put together some of the most solid and sus examples, but we’re sure there are loads more where these came from.