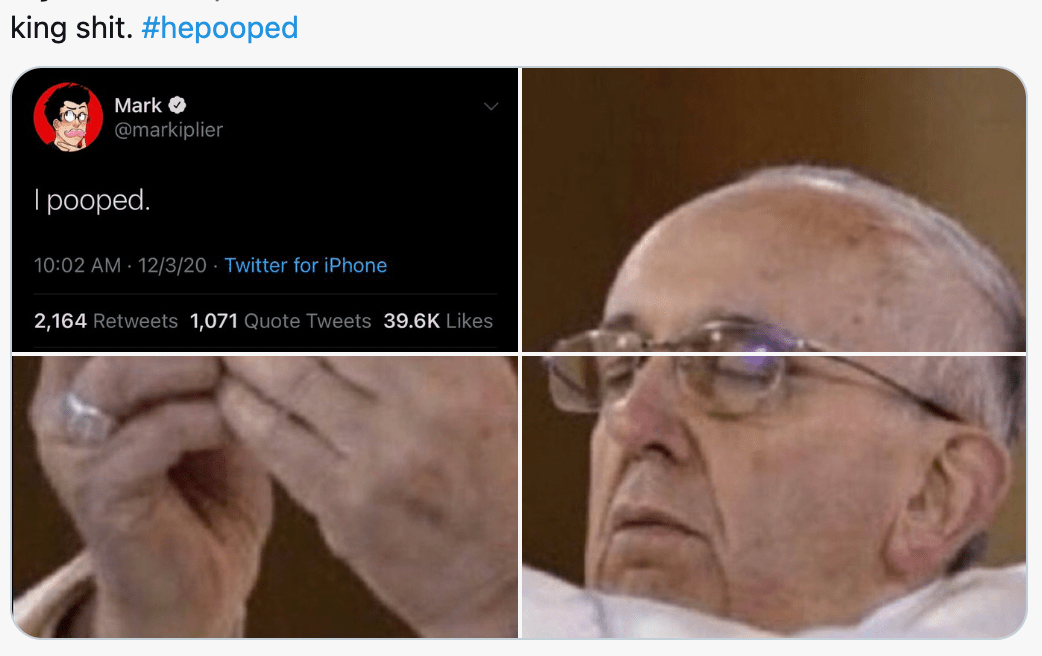 YouTube star Markiplier left fans feeling worried on Wednesday after he posted a video from a hospital bed to let the world know he was suffering from some painful intestinal blockage. Well there’s no need to stress any longer, because he has since updated his 13 million Twitter followers with a simple, yet epic tweet: “I pooped.”

A barrage of hilarious congratulatory tweets quickly made ‘#Hepooped’ the sixth most trending topic on Twitter in the United States. The tweets keep flooding in, but we managed to grab some of the most amusing responses to Markiplier’s legendary bowel movement announcement. True king shit.