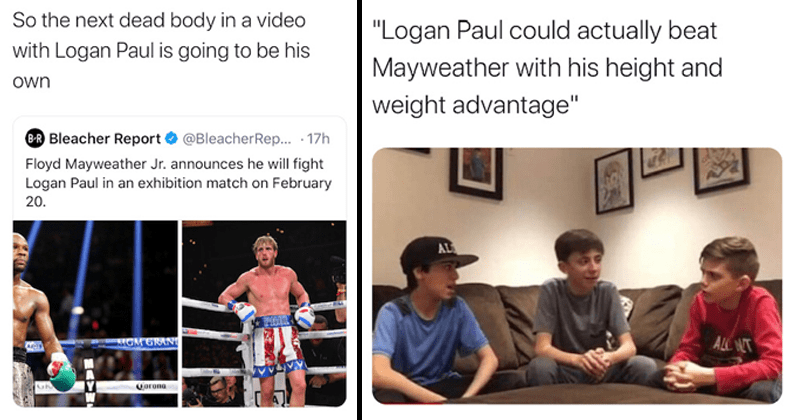 It’s been a big month for bizarre boxing news. Just a week after Jake Paul KO’d Nate Robinson, it seems his brother Logan will be entering the ring to face Floyd Mayweather Jr. in what can only be described as another drop in the weird as hell 2020 bucket. The fight, which is scheduled for February 20th, is causing quite the stir online. While many people believe Mayweather’s legendary boxing career gives him a clear advantage, Logan Paul’s sheer size is causing other internet speculators to think the fight may end in an upset. While surprises are undoubtedly entertaining, we must admit that giving Logan Paul an unnecessary ego boost would be a devastating mistake. The internet seems to agree, and has been offering up some very spicy memes and hot takes in response. It’s just too bad that we have to wait almost three months for a delightful or depressing conclusion.