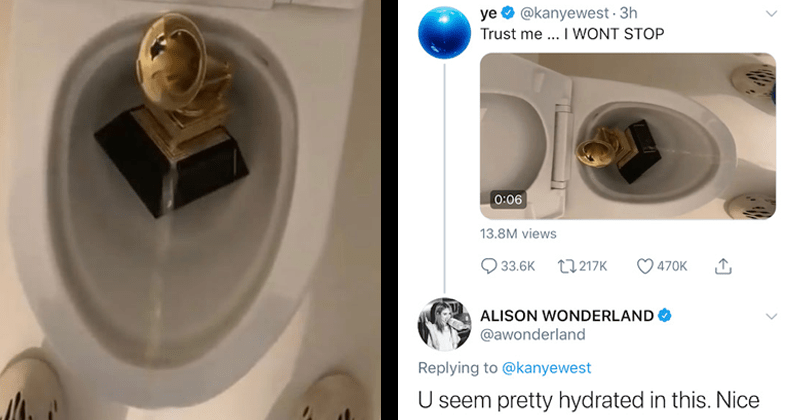 We don’t have to look for proof that Kanye Westhas kind of lost it. He just keeps servin’ it up to us for free. Today’s Kanye West meltdown was largely about the music industry. The rapper actually violated his NDA and shared his entire  record contract with Universal on Twitter. He also referred to himself as ‘Baby Putin.’ Bur the tweet we are most entertained by is a video of Kanye appearing to pee on his own damn Grammy award. Much of Twitter seems to be focused on the same – sharing bemused and often concerned. We’ve included the video (and the reactions) below for your enjoyment. We may have fun taking in the Kanye West spectacle, but at the end of the day we hope he gets the help he needs.