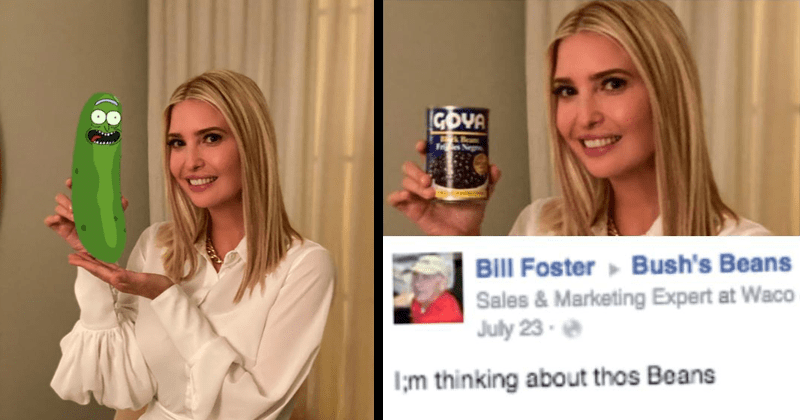 Less than a week after Goya’s CEO made a controversial appearance at the White House, and amid calls to boycott the Latin food brand, Ivanka Trump has caused yet another Goya-related shit show. The President’s daughter (and advisor) took to Twitter to post a photo of herself holding a can of Goya black beans – with the caption “If it’s Goya, it has to be good,” and a translation: “Si es Goya, tiene que ser bueno.”

The photo is goofy at best, and a violation of federal ethics rules at worst. Employees of the Executive Branch are not permitted to endorse products in this manner. And people on Twitter were quick to call Ivanka out. While we enjoy watching people chide the eldest Trump sister, we believe that the best thing to come out of the tweet has been the sheer volume of photoshops and memes it’s inspired. We’ve put together our favorite responses, but we’re willing to bet we’ll be seeing a whole lot more over the next few days. And we can’t wait.