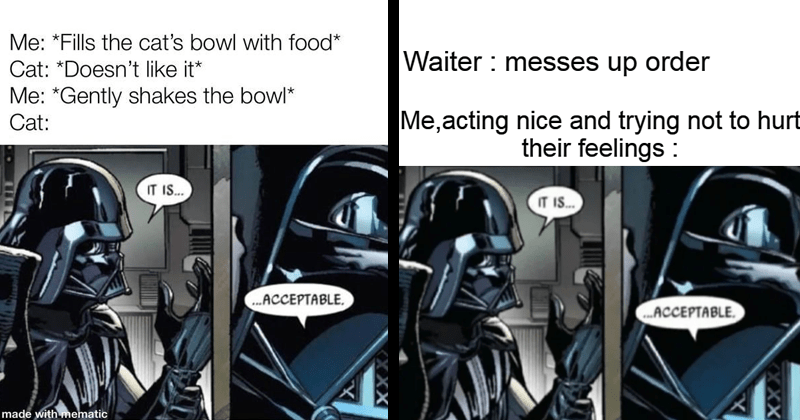 We’re all about keeping our convictions, but at the end of the day life is anything but black and white. Grey areas keep things interesting. That’s kind of the theme of these trending Darth Vader memes. The memes borrow a moment from the 2017 Marvel comic Star Wars: Darth Vader: Dark Lord of the Sith 1 in which the masked villain tells Darth Sidious that he finds his new armor acceptable. It’s being used to meme situations that are exceptions to our personal rules. For example: if someone calls you motherfucker – but it’sSamuel L. Jackson. Let’s be real. Thats 100% acceptable. We’ve put together some of our favorite examples of the memes, but you can learn more about the format over at Know Your Meme. Happy scrolling.