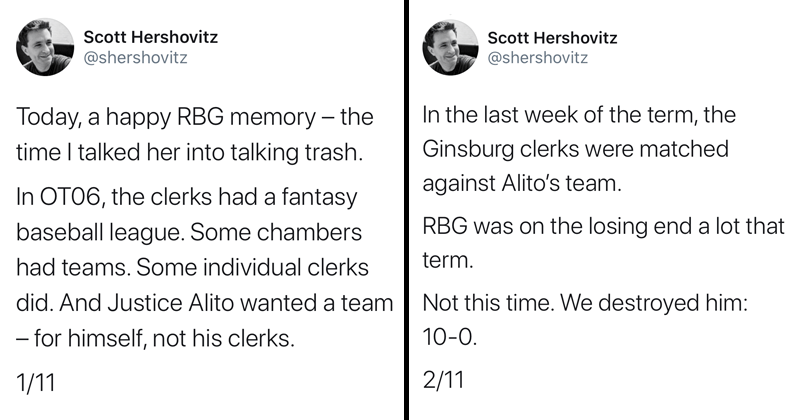 It was a somber weekend for much of the United States after the news of Justice Ruth Bader Ginsburg’s death broke on Friday. The 87 year old judge was a champion for women’s rights, and had become somewhat of a cult figure in recent years. Many devotees shared somber, wordy, and often beautiful tributes to their hero, highlighting her accomplishments and struggles as a woman in politics. But it’s a warm and silly Twitter threadfrom one of Ginsburg’s former clerks, Scott Hershovitz, that really made us feel something.

The thread, which involves some “friendly” fantasy baseball competition, shows a side of RBG that’s a little more personal than most. A quiet but feisty mischief that we assume only those closest to her were privy to witness. We hope you enjoy it as much as we did.