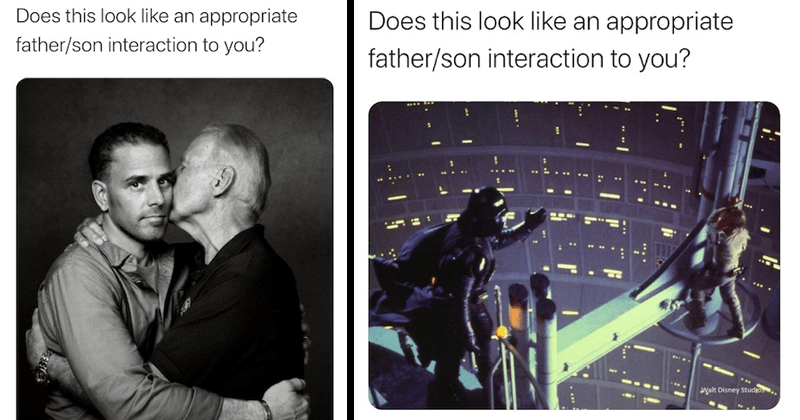 There are bad takes, and then there are really bad takes. On Wednesday, John Cardillo firmly cemented that his POV is definitely in the later category. The right wing pundit took to Twitter to ask whether a photo of Joe kissing his son was kosher.

“Does this look like an appropriate father/son interaction to you?”

The answer, from most people on Twitter, was yes. The sweet black and white photo, which features the two in an intimate hug, seems to be universally accepted as a sign of fatherly love and vulnerability. The absurdity of Cardillo’s attempt to stir the pot resulted in more memes than it did support. Using the same query, memers began replacing the photo of the Bidens with film stills and illustration to create some pretty entertaining memes. Here are our favorites.