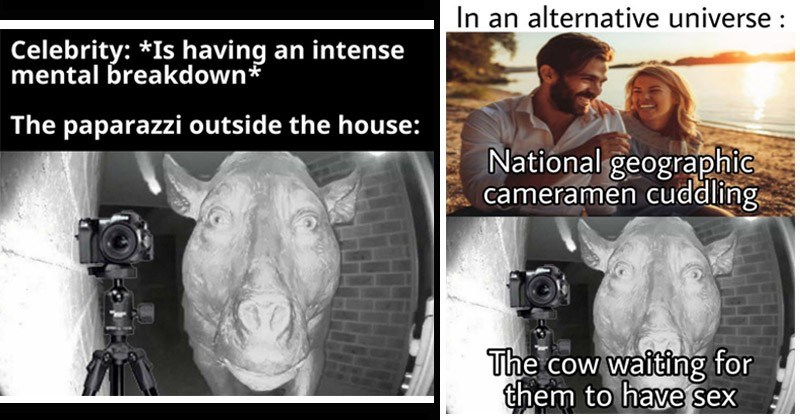 Despite many memers’ misconceptions, the subject of this particular meme is not a cow, but rather an extinct animal called a Daeodon that lived between 29 and 19 million years ago. Either way, it’s creepy as hell and making for some nightmarish memes. Check out more info and examples at Know Your Meme!