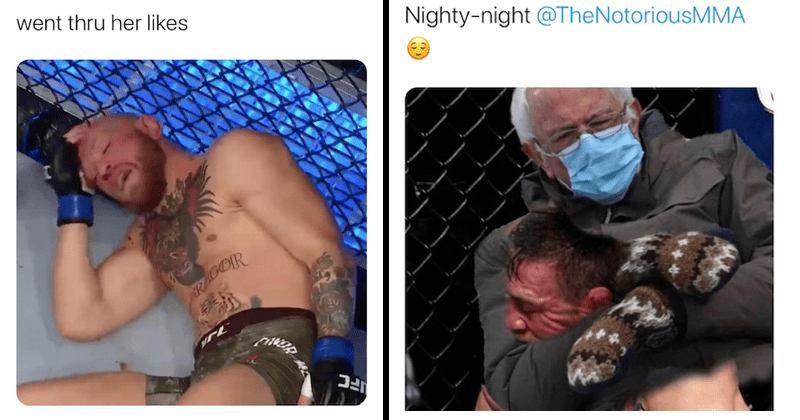 It feels like just yesterday Twitter was roasting Nate Robinson after his fight with Jake Paul, but UFC’s Twitter fanbase has a new victim as of last night: Conor McGregor. The Irish ex-featherweight fighter went down against Dustin Poirier in the second round of their match in Abu Dhabi. UFC fans – especially people who believe McGregor needs to hang up his gloves – were quick to meme photos of McGregor out cold. The memes, which are mostly relatable (or feature Bernie Sanders), have almost become more fun than the fight itself. If he ever ends up fighting Jake Paul, at least we know we have some comedy to look forward to.