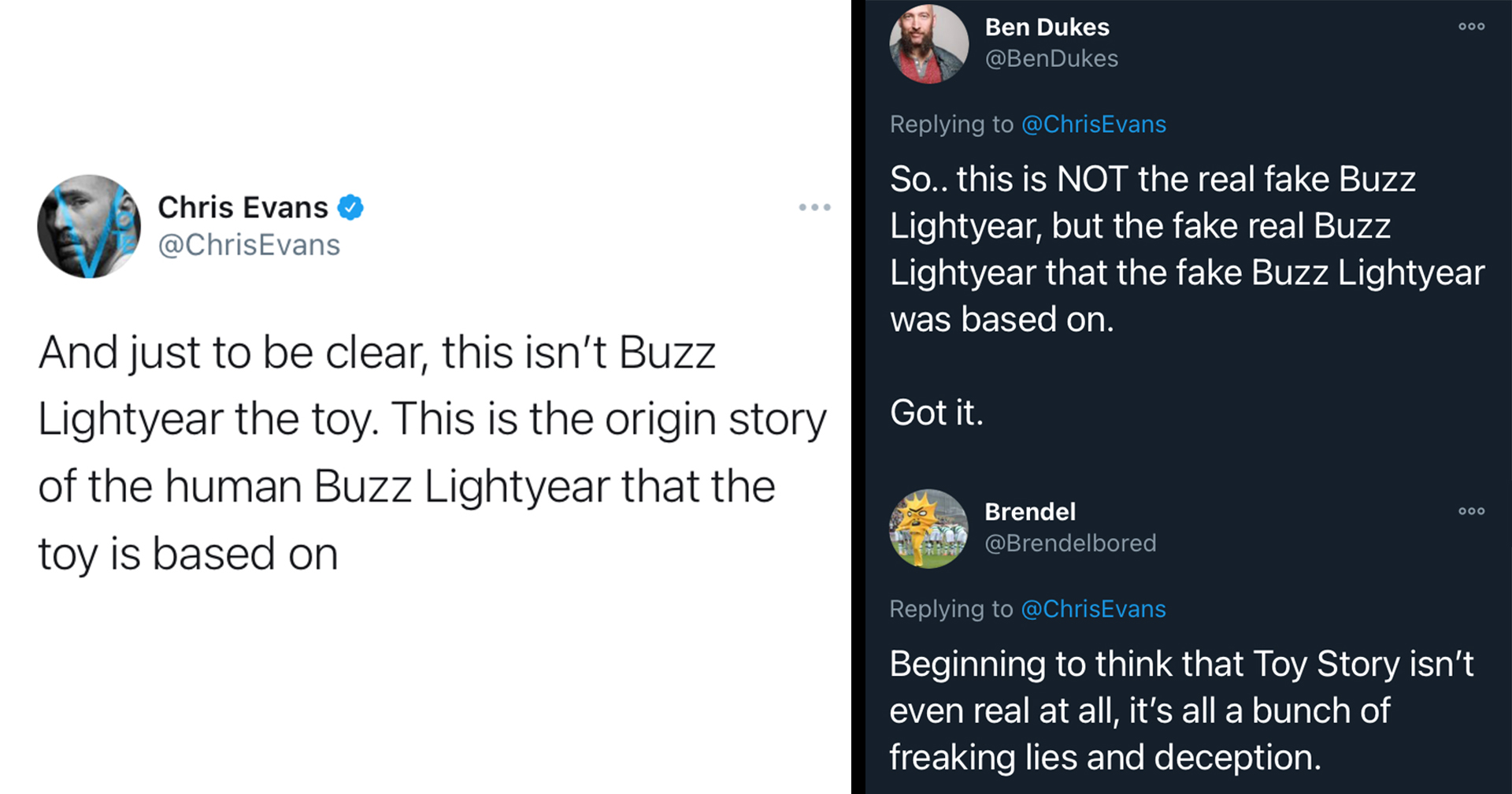 On Thursday, Chris Evans expressed excitement over Pixar’s announcement of ‘Lightyear’ coming out in 2022. He followed up with an intriguing tweet clarifying that he will be the voice of Buzz Lightyear the human, not the toy. Twitter discussed the implications of this and many were left confused and desperate for answers. Is this the origin story of the fictional Buzz Lightyear character that the toy in ‘Toy Story’ is based on, or is there a real Buzz Lightyear astronaut within the ‘Toy Story’ universe that this movie will be a sort of biopic for? And if the latter is true, does that mean the ‘Toy Story’ universe has sci-fi qualities (other than talking toys) we never knew about? Much to consider.

We’ve collected some highlights from the hilarious thread. Hopefully Chris Evans will follow up with some even more confusing clarification tweets soon.