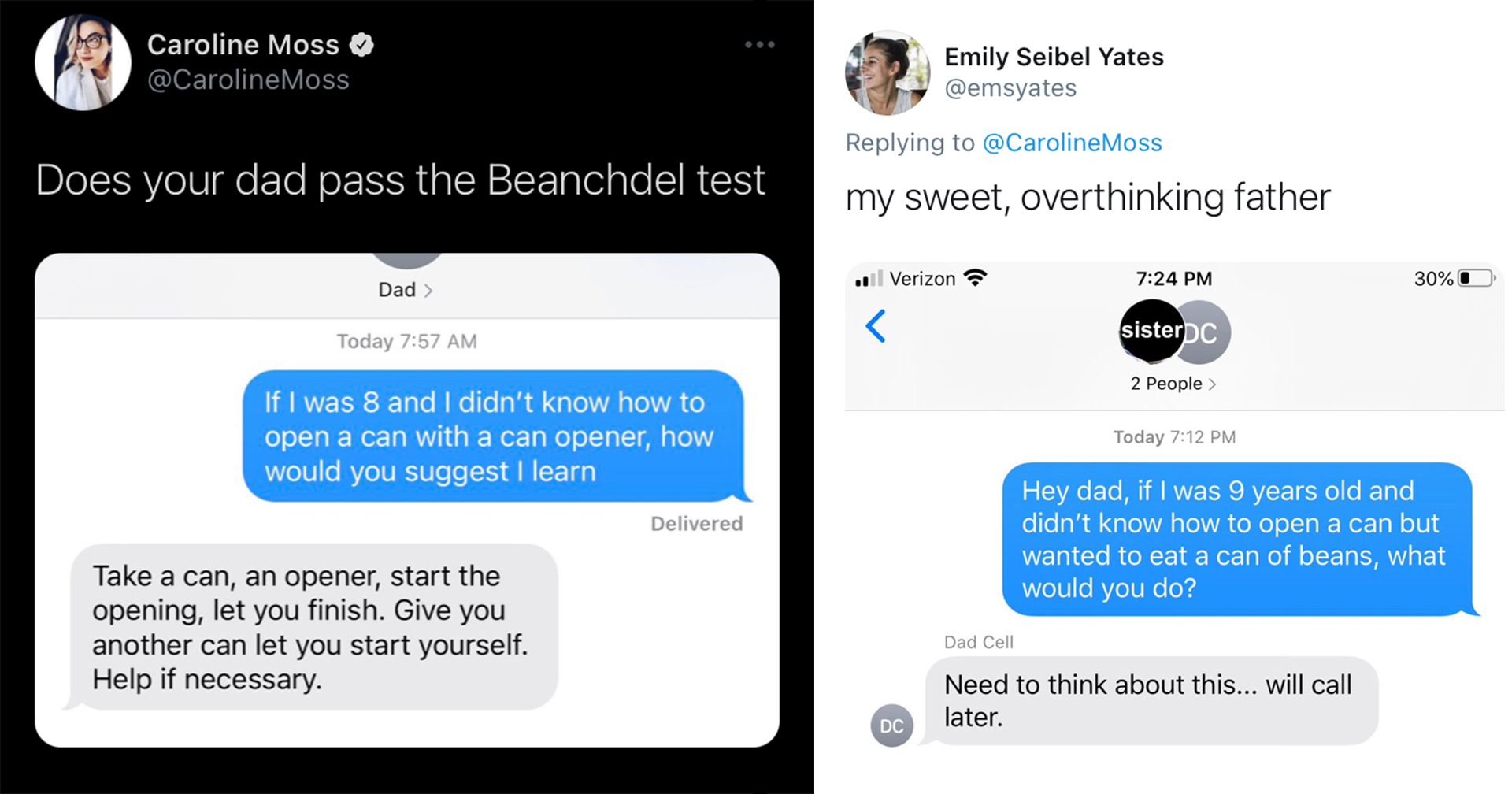 If you’re as online as we are, you’ve probably heard about the whole Bean Dad saga by now. You know, the guy who bragged on Twitter about watching his nine-year-old daughter struggle to open a can of beans for six hours. Anyway, the grown-up daughters and sons of Twitter have been texting their own dads asking, ‘if I were nine and I asked you how to open a can of beans, what would you do?’ It’s been dubbed the ‘Beanchdel Test’ (like the Bechdel Test, get it?) and it’s yielding some promising results. Most dads would simply show their kids how to use a can opener, which has given us hope for the future. We’ve singled out some amusing screenshots of the conversations between Twitter users and their dads. Makes us wonder what our own dads would do!