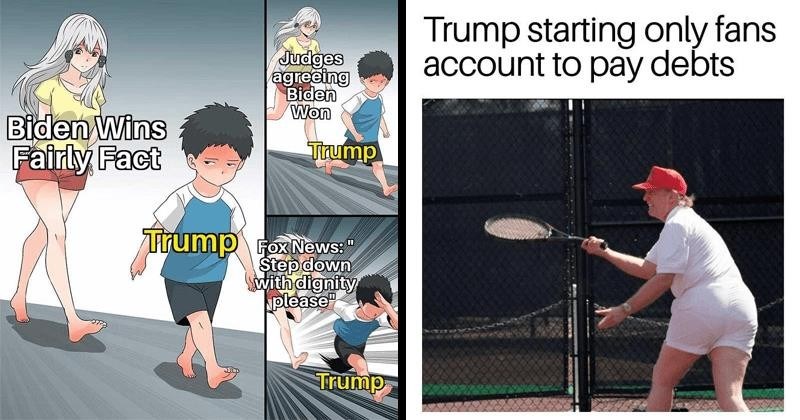 Saturday was a big day for over half of the nation’s voters. After an incredibly tense week, it was announced that Joe Biden had won the presidency. Though there’s been a lot of hubbub surrounding supposed voter fraud, it seems like many people (even George W. Bush and Fox News) are accepting of the decision. These memes, while we know they may ruffle some peoples’ feathers, reflect the sentiment of everyone seen dancing in the streets on Saturday. There’s a lot of work to be done in the United States, but for the time being we can revel in a little humor and a little fun.