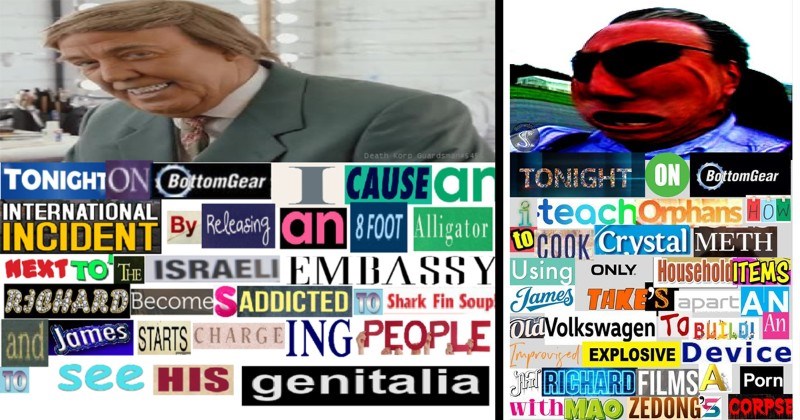 If you aren’t familiar with popular British television series Top Gear, all you need to know is that it was originally hosted by a bunch of politically incorrect middle-aged dudes and it’s one of the most-watched non-fiction programs in the world. It’s sort of like Viceland for Gen Xers, but more meme-able. Twitter and Reddit have gone mad over a recently conceived meme called ‘Tonight on Bottom Gear.’ Cut-up phrases and deep-fried images are collaged into hilarious episode synopses from some alternate Top Gear meme dimension. We put together twenty-eight of the most ludicrous ‘Bottom Gear’ memes we could find for anyone who’s into absurd humor.