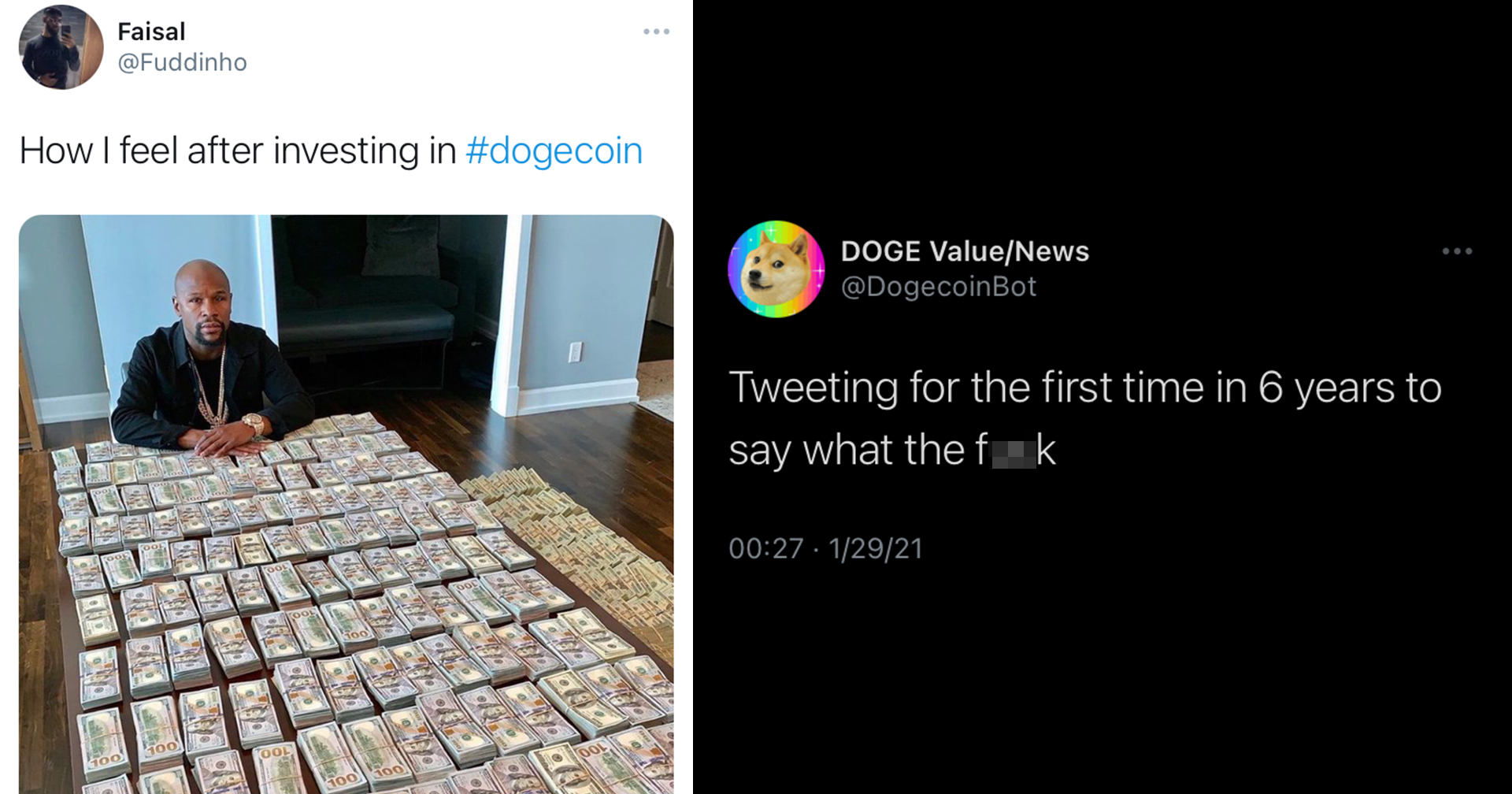 If you’ve caught wind of the fact that not only GameStop, but now Dogecoin has gone totally viral, you may be asking yourself: is this a joke? The answer is yes and no. Dogecoin may have started out as a funny experiment, but some made thousands of dollars last night as the meme crypto exploded after going viral. Elon Musk even tweeted about it, which usually does wonders to increase the interest in a stock or crypto currency. The last time Dogecoin saw sudden growth was in 2018, but the surge didn’t even compare to what we saw yesterday. Even now, the price of Dogecoin is much higher than it has been in the last several years. Will Doge fly to the moon? Only time (and memes) will tell.

We’ve got 25 of the thousands of tweets about Dogecoin. The power of memes is undeniable.