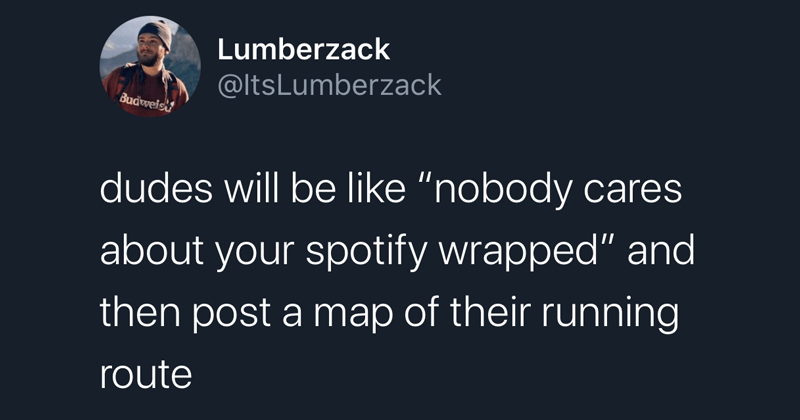 When Spotify dropped their 2020 Wrapped feature last week, the internet responded with a crap ton of memes. While some of the memers churned out funny and self-deprecating content, other internet users were more interested in roasting people who were excited to share their listening statistics. As is often the case with any kind of  backlash, the haters are now facing their own backlash in the form of a Twitter meme. The first viral instance came from Twitter user @AlexJackHowell, who eloquently shared the following:

Bitches be posting “nobody cares about your Spotify wrapped” and then post a pic of their baby ???

The tweet has since inspired many copycats, with men really bearing the brunt of the social media burns. The memes go after the hypocrisy of people who claim it’s boring to share Spotify Wrapped – by mocking other dull social media habits like posting their fishing catch or their running routes. We’ve put together some of the best examples, but here’s a warning: there’s probably at least one that applies to you.