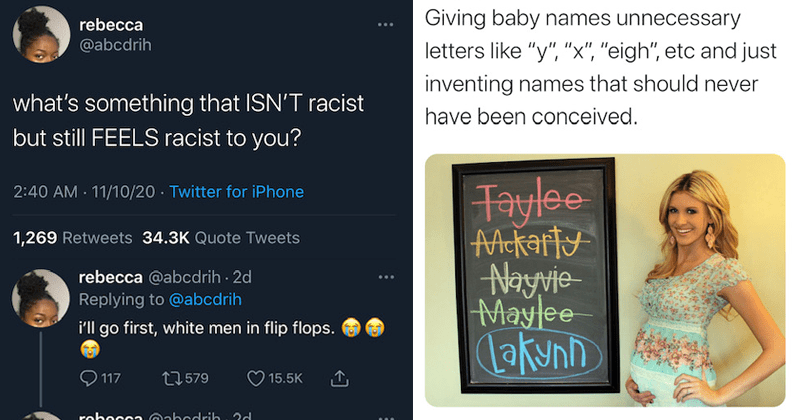 Twitter user @abcdrih started a new format on Monday when she asked her followers to share “something that ISN’T racist but still FEELS racist to you?” The tweet did numbers on the site, and even inspired a bevy of copycat memes. Today, we’re at the point where people are making fun of the formatting, but we still think some of the responses are entertaining. While we don’t actually think eating wings wrong should be deemed racist, we can’t argue with some of the other sentiments.